The new food regime since January seems to be paying off. Never had Seaweed growth as “good” as now. Actually never even managed to grow Kelps at all. However this is their main season when they grow strong in the wild. Its nice to replicate that in the aquarium though.

This same piece of Kelp as comparising. First picture (top) from 4/3/15 upon collection, second picture (the one held with tweezers) from 21/4/15. The Area difference is massive 🙂 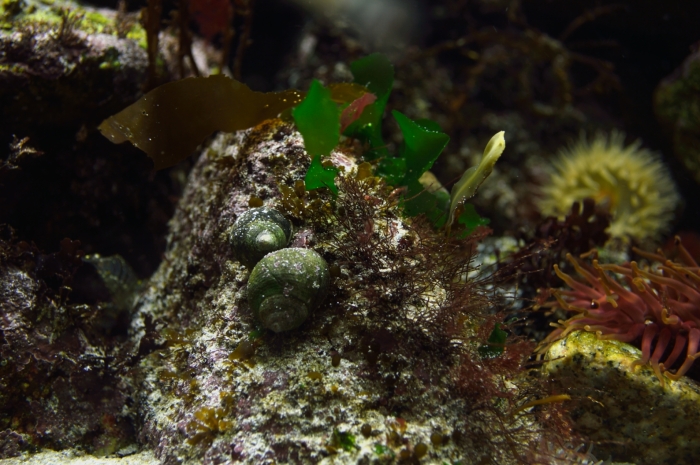 Also the Ulva seems to grow faster than its being eaten. (or its eaten less due to more food available?)

One point is clearly that my systems conditions (lighting and temperature) is now very close to nature so naturally this seaweed will grow. But also the fact that I am adding a lot of food seems to have made a nearly immediate positive effect on all Seaweed growth. This is not my theory/idea, Jon Olav has seen a good effect on growth from food in his mighty Macrotank. I feed big portions of a blended mixture of cooked mussels, prawns and squid and raw sandeel once to twice a week. I think if I could feed more it would be even better. Also about 1-2dl of homegrown Phytoplankton is added once a week and SeaGreen Macro fertiliser. The system is much more stable in dealing with bioload now as I cannot see a real rise in Nitrates and Phopshates which means I should even feed more. Would like to see a slightly raised Nitrate level to further enhance Macroalgea growth

Temp still at 11degrees in the Tank, currently 10degrees at sea. Starting to rise now end of April. Days getting longer very quickly now this time of the year.

Here some other signs of growth. A really nice red seaweed (not the hairy one)…it could be Dulce…first red macro to grow in my tank, yay! 🙂 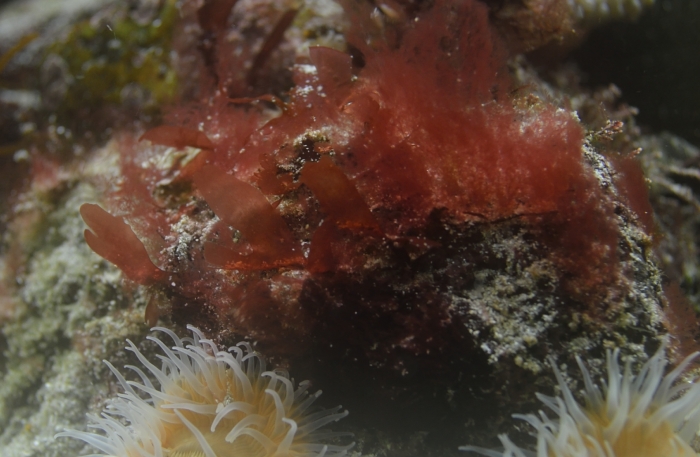 The epiphyte red hair algea is still here but its natural and I feel its being kept in check a lot better than last year. Mainly due to the new competition and also one good grazer 😉 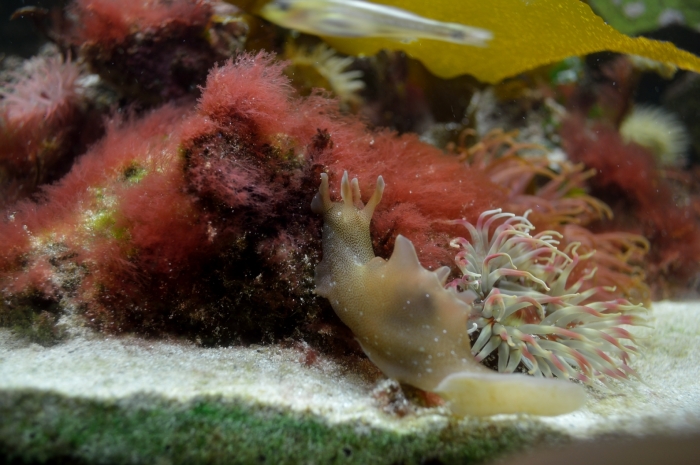 Hopefully this positive trend in growth will stay on the side of the macros and doesnt swing over to nuisance microalgea.

The Decorator crabs and Corkwings love it too…

Seeing that the Kelp grows so well I have just added Sugar Kelp one of my favourite seaweeds for a first try .